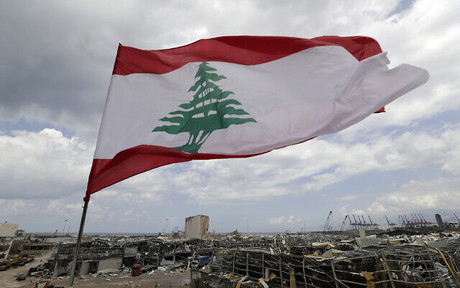 Even for crisis-torn Lebanon, this has been a horrible 12 months. A deep economic crisis sparked huge street protests and then a massive explosion in August devastated the capital Beirut.

Now without a fully functioning government after its interim premier resigned, here is a recap of key developments since mass demonstrations erupted in October 2019:

October 17: Mass protests follow a government announcement of a planned tax on messaging services such as WhatsApp.

With the economy already in crisis, many see the tax as the last straw, with some demanding "the fall of the regime".

The government of Saad Hariri scraps the tax.

But the unrest turns into a nationwide revolt against the perceived ineptitude and corruption of the ruling class, cutting across sectarian lines.

December 11: France, the US and other countries rebuff an urgent aid appeal from Lebanon at a Paris conference, making assistance conditional on a new reform-minded government.

The economic crisis worsens with mass layoffs, drastic banking restrictions and the Lebanese pound plummeting against the dollar.

January 21: The Diab government is unveiled, made up of a single political camp, the pro-Iranian Hezbollah and its allies, the Free Patriotic Movement and Amal, which together have a parliamentary majority.

Demonstrators respond by blocking roads in mainly Sunni districts across the country.

February 11: Parliament votes in the new line-up. Hundreds of protesters try to block the session. Clashes leave more than 370 injured.

March 7: Lebanon, whose debt burden was equivalent to nearly 170 percent of GDP, says it will for the first time default on a $1.2-billion Eurobond.

Later that month, it says it will discontinue payments on all dollar-denominated Eurobonds.

June 11: New protests erupt after the Lebanese pound hits a new low on the black market.

The currency plunge comes amid shop closures and massive layoffs due to the coronavirus.

June 29: Talks with the IMF falter.

August 4: A massive explosion at Beirut's port devastates the entire city, killing more than 200 people, injuring at least 6,500 others and leaving hundreds of thousands temporarily homeless.

The government says the blast appears to have been caused by a fire igniting 2,750 tonnes of ammonium nitrate left unsecured in a warehouse for six years.

The blast inflames popular anger, with more calls to oust the political elite, accused of gross negligence that led to the explosion.

New protests are held under the slogan, "Hang them by the noose."

A group of protesters led by retired army officers briefly take over the foreign ministry, declaring it the "headquarters of the revolution" before being ousted.

August 6: French President Emmanuel Macron visits Beirut and calls for "deep changes" to the way the country is run.

August 10: Diab announces resignation of his government after just over seven months in power.

August 31: Diplomat Mustapha Adib is named as Lebanon's new premier and vows to carry out reforms demanded by the international community and agree a deal with IMF.

September 1: Macron lands in Beirut, extracting a promise from all political sides to help Adib form an independent crisis government within two weeks.

September 26: Adib bows out after less than a month as the two main Shiite parties, Hezbollah and Amal, insist on keeping the finance ministry.

Macron says he is "ashamed" of Lebanese leaders, who have "betrayed" their people.

October 8: Hariri says he would be willing to come back and head a new government. Talks to name a new premier are scheduled for October 15.

the foundation of the country is artificial there is no coherency, the changes on the upper layer are irrelevant as long as the foundation ( read : the constitution) is the same. Palestina, Israel etc... are excuses