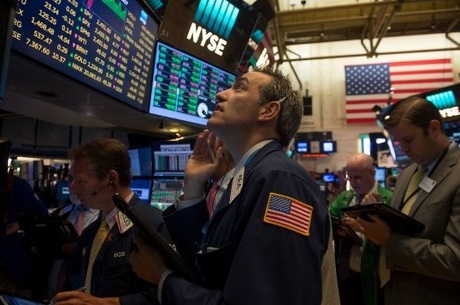 Wall Street dove in early trading on Thursday amid pessimism over chances for a new U.S. economic stimulus measure and a surprise rise in jobless benefit claims.

Analysts said sentiment was dampened by Covid-19 fears with the virus surging in Europe, as well as uncertainty ahead of the November 3 US presidential election.

Treasury Secretary Steven Mnuchin on Thursday repeated his concerns that a deal with congressional Democrats on a new rescue package to help jobless workers and struggling businesses will be hard to get done before the election.

"We do need bipartisan support, we can't do this alone, so I will continue to negotiate until we can get a deal done," Mnuchin said on CNBC, but accused House Speaker Nancy Pelosi of "holding out for an all-or-nothing" deal.

Pelosi late Wednesday spoke on MSNBC and said two sides would not be talking if they didn't truly want to reach an agreement, while insisting on a "clear plan to crush the virus" as well as funds for education and to protect worker safety.

Briefing.com analyst Patrick J. O'Hare said stimulus is not the only issue moving markets, even as the 53,000 rise in applications for unemployment benefits last week showed the need for more spending.

Blaming the market decline on "the revelation that a big deal might not be reached is explanatory overreach," he said, pointing instead to new coronavirus lockdowns in Britain, France and Germany.

"The added concern is that the U.S. could eventually be forced to walk the same shutdown path," he said.