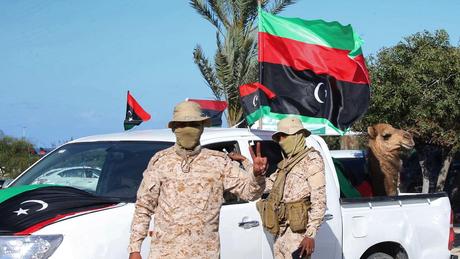 The rival sides in the Libya conflict sat down for fresh talks on Monday in another bid to try to end a decade of bloodshed, the United Nations said.

Libya has been wracked by violence since a NATO-backed uprising in 2011 overthrew and killed veteran dictator Moammar Gadhafi.

Since then, the North African country has been dominated by armed groups, riven by local conflicts and divided between two bitterly opposed administrations.

But hopes for a solution have risen after the two warring factions in August separately announced they would cease hostilities.

However, both sides continue to accuse each other of supporting "terrorist" groups.

The U.N.-recognized Government of National Accord, which is based in Tripoli and led by Fayez al-Sarraj, has been challenged by its eastern-based rival, backed by strongman Khalifa Haftar.

The U.N.-sponsored talks are taking place in the format of a 5+5 Joint Military Commission: five delegates from each side attend.