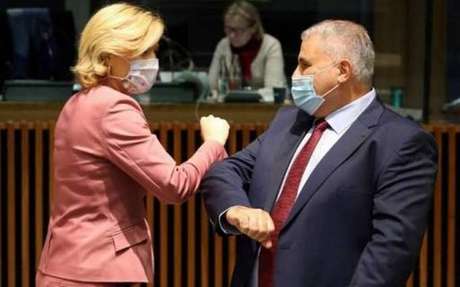 European Union ministers agreed Wednesday to overhaul its big budget farm policy with tighter rules to protect the environment and fight climate change but environmentalists were not impressed.

The new policy adopted by the 27 EU countries will now be negotiated with the European Parliament, which this week will vote on its own proposals.

"After a long struggle, we have reached a crucial agreement," German Agriculture Minister Julia Klockner said after two days of talks in Luxembourg.

Klockner said there was a "good balance" in achieving a Common Agriculture Policy (CAP) that is "greener, fairer and simpler."

Leading climate change activist Greta Thunberg however dismissed the deal as a sell out which "basically means surrender on climate & environment."

"No awareness means no pressure and accountability so the outcome is no surprise. They just don't care," Thunberg said in a tweeted message.

The member states and members of the European Parliament must decide over the next few months on rules that will apply from January 2023.

The European commissioner for agriculture Janusz Wojciechowski said the deal was "a good starting point" for these negotiations, suggesting a "good compromise" could be reached.

With a budget set for around 387 billion euros over seven years, the CAP accounts for the biggest share of EU spending.

Under the agreement, all farmers will be forced to respect stricter environmental regulations if they want to benefit from financial aid.

Small farms will be subjected to simple checks "which would reduce the administrative burden, while guaranteeing at the same time their contribution to environmental and climate objectives," it says.

Each member state will have to devote at least 20 percent of EU direct payments to them, with the goal being for farms to receive additional funds if they go over and above the basic norms on climate and the environment.

"Just a few hours ago we had very different opinions," Wojciechowski said, adding an agreement is good for farmers who need clarity for planning ahead.