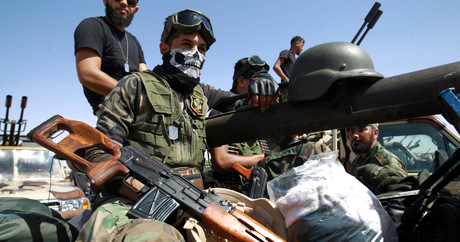 The United States on Friday hailed a U.N.-brokered permanent ceasefire signed between rival factions in Libya and said that all foreign fighters must now leave.

"This agreement is a major step forward toward realizing the shared interests of all Libyans in de-escalation, stability and the departure of foreign fighters," said a statement issued by the U.S. embassy in Libya.

"We urge internal and external actors now to support good-faith implementation of the agreement."

The United States was part of the European-backed campaign that helped topple dictator Moammar Gadhafi in 2011, following which Libya has been torn by bloodshed.

The United States, like the United Nations, recognizes the government in Tripoli which has made major headway on the battlefield with support from Turkey.

But President Donald Trump last year sowed confusion by praising Haftar, whose campaign to seize control has been backed by Egypt, Saudi Arabia and the United Arab Emirates, all close partners of the U.S. leader.