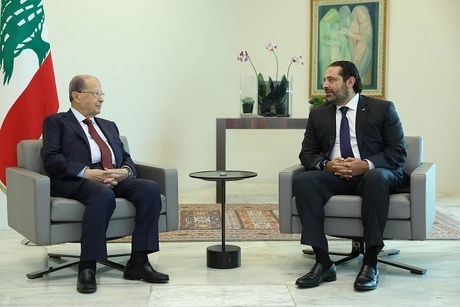 An almost “final” agreement has reportedly been reached between political parties in crisis-hit Lebanon to form a 14-minister government, two days after PM Saad Hariri was designated for the task, al-Joumhouria daily reported on Saturday.

According to information obtained by the daily, the agreement to form a cabinet of “nonpolitical experts” has become almost “definite.” To face the challenges ahead, the new ministers should have enough economic and financial expertise in order to create a positive atmosphere at the local level, and pave way for international assistance.

It added that the understanding is "settled between the two parties to the formation," namely President Michel Aoun and Hariri, to form a government “in accordance with the constitution.”

In that regard LBCI tv station said that Hariri is expected to meet Aoun Saturday afternoon for the cabinet talks.