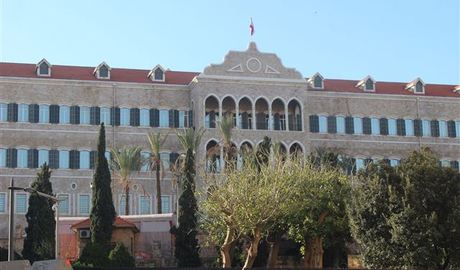 It has become certain that the political forces will name their ministers in the new government and that the principle of the rotation of portfolios has been dropped, media reports said.

“There is a near-final agreement on the Shiite share. The finance portfolio will go to Parliament Speaker Nabih Berri and the health portfolio will remain with Hizbullah,” informed political sources told the Kuwaiti al-Jarida newspaper in remarks published Sunday.

“The health minister will be a specialist and not a party member, which means that he will not have a party membership card,” the sources added.

There is also a near-final agreement on the Druze and Sunni shares and an understanding on the Christian share was reached in the meeting between President Michel Aoun and PM-designate Saad Hariri, the sources went on to say.

Noting that Hariri has not said that he rejects a techno-political government, mentioning only that he wants specialists, the sources pointed out that “this indicates that he does not reject the presence of five or six techno-political figures in the government.”

The sources also said that Aoun and Hariri have discussed the program of the government.

“Hariri will seek to obtain from President Aoun a commitment from the political forces to what they had pledged to French President Emmanuel Macron at the Pine Residence,” the sources said.

“Hariri has asked Aoun to mediate with Hizbullah so that the party does not make objections that might obstruct the formation process,” the sources added.

Wow, the brilliant idea of a non-political technocrat government lasted almost a week.
However, everything is back to normal with ministers committed more to their parties than to the government.
Unfortunately, this doesn't show much progress for Lebanon.

As if anything was going to be any different.