McKennie Back for Juventus, Ronaldo Still Out with Coronavirus 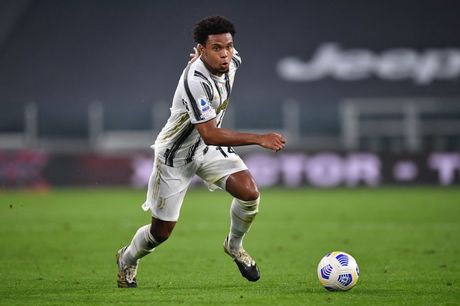 U.S. midfielder Weston McKennie has been included in Juventus' squad for Sunday's Serie A game against Hellas Verona after recovering from coronavirus, but Portuguese star Cristiano Ronaldo remains out.

But the Portuguese forward could still be available for the Champions League clash against great rival Lionel Messi's Barcelona on October 28.

Under UEFA rules, the five-time Ballon d'Or winner needs to test negative 24 hours before the game in Turin to be included in the squad.

Serie A champions Juventus, seventh in the league this term, are also without injured defenders Matthijs de Ligt, Giorgio Chiellini and Alex Sandro against eighth-placed Verona.