Daryan: Hariri’s Rescue Govt Bid is an Opportunity that Everyone Should Seize 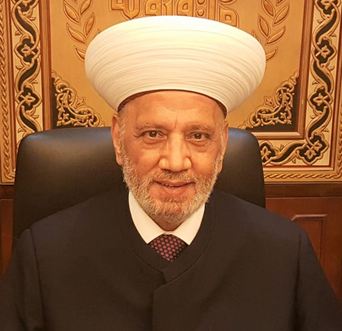 Grand Mufti of the Republic Sheikh Abdul Latif Daryan stressed Wednesday that PM-designate Saad Hariri is seeking to form a rescue government to stop collapse and everyone must seize this opportunity.

“Economic collapse has ruined the lives of the Lebanese and affected their tranquility. The current effort of Hariri to form a capable and effective rescue government is an opportunity that everyone should seize to get the country out of its crises,” said Daryan in remarks marking the birth of the Prophet Mohammed.

The Mufti noted that “no one will help the Lebanese if they do not help themselves first in these fateful conditions,” referring to long disagreements among political parties over cabinet portfolios amid a crunching economic crisis.

On the other hand, Daryan rejected defamation of Prophet Mohammed.“Anyone who defames and insults Islam and its Messenger, puts himself in a confrontation with all Muslims of the world,” he said.

everyone is a zionist to you? AHBAL!
you must be an iranian stooge.

Mufti: please stay out of politics, Lebanon and the Lebanese will be better of if you and your colleagues from other religions do not interfere in politics

Since these religious heads love to talk tac politics and interfere at every opportunity, how about a solution to the crisis like this:

Batrak for President
Mufti for PM
Syed Hassan for Speaker of Parliament.