Arsenal a Winner with U.N. in Signing Climate Action Framework 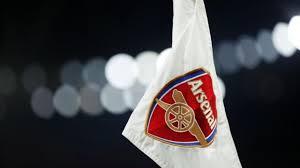 Arsenal reinforced their commitment to tackling climate change by becoming the first Premier League club to sign up to the U.N. Sports for Climate Action Framework on Monday.

Arsenal join among others the International Olympic Committee, FIFA and English football's governing body the Football Association in signing up to the initiative.

It aims to bring together the global sports community with a commitment to align with the goals of the Paris Agreement and support the ambition to achieve climate neutrality by 2050.

Arsenal have signed up to a framework which has several principles including to "undertake systematic efforts to promote greater environmental responsibility" and "reduce overall climate impact."

The Gunners' green-friendly policies have included installing a water recycling system at their training center in London Colney and planting more than 29,000 trees on it since 1999.

"Arsenal is committed to leading the way on sustainability among Premier League clubs and we are proud to be the first club to sign up to the UN Sports for Climate Action Framework," said Hywel Sloman, Arsenal's Operations Director, in a statement.

"Together with our partners, we've already implemented a number of environmentally friendly practices across the club.

"This includes becoming the first Premier League club to switch to 100% green electricity  since the beginning of our partnership with Octopus Energy in 2016."

"Football inspires so many of us around the world and there is a remarkable potential for the game to become greener, more climate resilient and lead by example for millions of global fans," Xhaferi-Salihu said.

"We are delighted to welcome Arsenal as the first Premier League club to the U.N. Sports for Climate Action community as we raise awareness of climate change and use this opportunity to make a difference together."