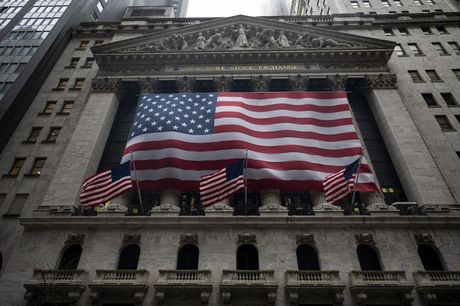 About 10 minutes into trading, the Dow Jones Industrial Average was at 28,606.72, down 1.2 percent after finishing at an all-time high on Monday.

Retail sales in October grew by a disappointing 0.3 percent from last month, according to Commerce Department, which also cut the growth for September.

The data indicate slowing growth in a sector that bounced back from the pandemic downturn faster than most others thanks to massive government assistance that kept consumers flush.

Analysts pointed to the retail report as a factor in Tuesday's weak market open, but also noted that stocks have risen significantly already this month and were due for a pause or pullback.

The rally has been propelled by optimism over coronavirus vaccines that has blunted the worries about skyrocketing Covid-19 cases that are leading to new restrictions on economic activity.

CVS Health slumped 6.7 percent and Walgreens Boots Alliance plunged 8.7 percent as Amazon said it was launching an online pharmacy for U.S. consumers, who will be able to order prescription medications directly from the e-commerce giant's website or mobile app. Amazon rose 1.7 percent.