Qassem Says Audit into Central Bank Accounts 'Must Not be Ignored' 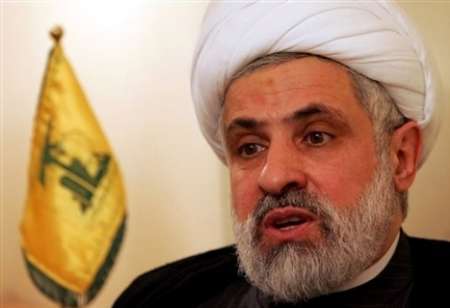 Hizbullah Deputy Secretary-General Sheikh Naim Qassem described as “unacceptable” the reasons that compelled the withdrawal of Alvarez and Marsal from running forensic audits into the central bank’s accounts.

“The justifications cited to fail forensic audit into the financial statements of the central bank are unacceptable. Ignoring the bank’s reality is only going to bring more deterioration,” said Qassem.

New York-based Alvarez and Marsal has pulled out from a forensic audit of Lebanon's central bank after failing to receive data it needed for the mission.

The International Monetary Fund and France are among creditors demanding the audit as part of urgent reforms to unlock desperately needed financial support.

The international company contracted for the audit, had extended a November 3 deadline by three months for Lebanese authorities to hand over the necessary information after they failed to submit it on time.

But "finance minister Ghazi Wazni informed the president that he has received a letter from Alvarez and Marsal, terminating the contract signed with the finance ministry," the presidency said in a statement.

"The company did not obtain the information and documents required to start conducting its mission," the presidency added, explaining the reason for the termination.

God bless Hizbullah Deputy Secretary-General Sheikh Naim Qassem for insisting on forensic audit of the Central Bank. Our Sayid and Marja' has always insisted on and practiced transparency in all his dealings with the public. Our Shia resistance must now assign a Central Bank Governor who is true to the principles of honesty, accountability, and transparency. The new governor ( Shia Preferably ) should launch our new digital currency to be referred to as the mahdicoin similar to bitcoin.

How about auditing your accounts and the money that comes in from Iran, from smuggling, from corruption, from drugs, from money laundering, and from weapon sales?