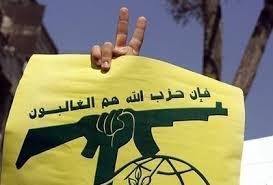 The newspaper said that internal circles close to the PM-designate encourage a rapprochement between Bassil and Hariri. But the PM-designate seems to have an adverse position, supported by external parties related to the US sanctions against Bassil, it said.

Replying to the French request, al-Joumhouria reported that Hizbullah indicated that its efforts are underway in a bid to persuade “Bassil and Hariri” to expedite the formation process. But Hizbullah also said it had “no knowledge of what Hariri was doing,” it quoted reliable sources as saying.

Hizbullah also clarified to “those counting on the U.S. sanctions to weaken Bassil,” that their efforts will go in vain.

“Your request makes us draw attention to a very important issue. It is delusional to believe that the sanctions imposed on Bassil have weakened, or may weaken, him. Pressuring him in this case will make his position more rigid,” the daily reported, quoting Hizbullah’s reply to the French request.

God bless France and the French President for recognizing that Hezbollah is in fact the decision maker in all matters related to governance in Lebanon. This recognition comes from the fact that our Shia resistance through its arms has positioned itself as the king maker in Lebanese politics after its successive victories against the Saudi-American-Israeli-Sudani-Bahraini-Emirati coalition.

Why you end by Shea, Shia? do you mean that all Shia are pro hezb party? if this is the case then you're not constructive.Thinking of Bassil, It won't be constructive to say all Lebanese are thiefs

shea is amerka ambassador to libano

You say some real funny shit sometimes. The macaroni of France has some big deals waiting in Iran not of the Christians and only sees the future mullahs of dollars. Meanwhile aouni of the cedar has a deal with hizbo of covid to not get killed. Therefore noting will change until aouni dies, all of hizbo become mayrtys and get some virgin's or elections

suberman bassil no have dollars nomore i