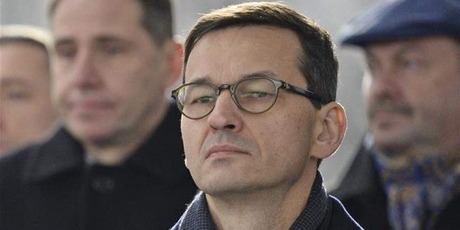 Polish Prime Minister Mateusz Morawiecki on Saturday warned Poles against any travel over the Christmas period, as he announced that most coronavirus restrictions would be extended but shops would re-open.

"Please do not plan any trips," Morawiecki said at a press conference, adding that the government was looking at ways of imposing movement restrictions.

He said Poles should spend Christmas only with their immediate families and not move between cities.

Morawiecki also said that theatres, bars and restaurants would remain closed until after Christmas, and schools would continue to be on distance learning.

"The situation is still very serious," he said, voicing concern about Poland's high death rate but pointing out that the number of new cases had stabilised.

The health ministry on Saturday reported 574 deaths over 24 hours, bringing the total toll to 13,288.

The number of new daily infections in Poland was 24,213.

The number of coronavirus-related deaths in Poland over the past week has been the third highest in the EU after Italy and France, according to an AFP tally.

"Poles have weapons, they are discipline, solidarity.  We have 100 days of solidarity ahead of us. At the end of this period, it is likely that a vaccine will appear.

"Whether Poland will be able to find itself able to adopt less stringent restrictions will depend on whether or not Poles obey the rules," Morawiecki said.

Under the new measures announced on Saturday, eateries, gyms and entertainment venues will stay closed until at least December 27, while shopping malls will be allowed to re-open fully from November 28.