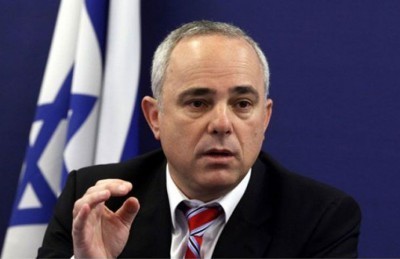 “Lebanese President Michel Aoun, first of all, despite the current state of relations between our two countries, I would like to wish the Lebanese people not only a happy Independence Day, but also a speedy recovery from the crisis you are going through,” tweeted Steinitz.

On the maritime demarcation talks and Lebanon denying claims it changed its stance seven times, Steinitz tweeted: “Unfortunately, it seems you don’t know all the facts about this matter because the Lebanese side changed its position on the maritime border many times during the last 15 years.”

Steinitz added, again addressing Aoun: “I am confident that if we had met face to face in one of the European countries to conduct open or secret negotiations, we would have had a good chance to solve the maritime demarcation dispute once and for all.”

He concluded: “I am enjoying our dialogue on Twitter these days about the maritime border negotiations.”

On Friday, the Presidency’s press office issued a statement and shrugged off as “baseless” Steinitz’s claim, a day earlier, that Lebanon has changed its stance “seven times.”

Lebanon and Israel, which remain technically at war, opened negotiations on the border dispute under U.S. and U.N. auspices last month to clear the way for offshore oil and gas exploration.

They have been negotiating based on a map registered with the United Nations in 2011, which shows an 860-square-kilometer (330-square-mile) patch of sea as being disputed.

It is obvious that Israel and Israelis want peace with Lebanon, but Lebanon (and some retarded Lebanese) rulers don't want.

Good to see Aoun and Israel getting along so well. UAE, Bahrain, Sudan ..... Lebanon?

Aoun will be assisinated by hezb if he ever signs a peace deal. He'll keep Lebanon in chaos until he dies. You'll see.

The problem has never been with the Jewish faith but with the zionist movement and calling all zionists "jews" is both ignorant and insulting, just like calling Muslims ISIS followers, Jewish people are not all Israeli,there are Lebanese jews and even Iranian jews, the problem has never been a religious one but a backwards racist elitist ideology known as zionism which does not represent the Jewish people no matter how much they claim and wish it to be...fundamentalism is the enemy of every sane peaceful society and peace will come when both extremist zionism and fundamental extremist Islam are in the garbage of history where they belong... 90% of people, regardless of religion just want to live in peace, sadly the 10% that don't keep feeding each other and sabotaging any chance for real peace... There is a difference between peace and surrender..