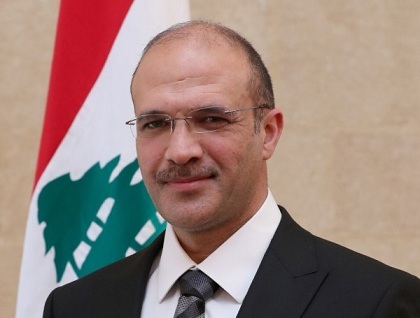 Caretaker Health Minister Hamad Hassan said Monday that Lebanon is expected to receive Pfizer’s COVID-19 vaccine “not later than February 2021” if the vaccine gets adopted.

"If the vaccine gets regulatory approval in its final form, Lebanon will receive it within a period not later than mid-February,” media reports quoted Hassan as saying.

He said Lebanon began “early talks” with the multinational pharmaceutical corporation, which “allowed it to be among the first countries that will get the vaccine at a competitive price.”

On any financial obstacle preventing Lebanon from getting the vaccine, Hassan said: “There is no financial problem, taking into consideration the possibility that the World Bank would increase the amounts of money transferred from the loan to cover the expenses.”

The Minister said that 15 percent of the Lebanese will get vaccinated, prioritizing seniors in the first stage.

Although Lebanon is currently under a two-week lockdown that will end on November 30, the Minister said more “people are testing positive for the virus.”

“Nine days into the lockdown, the ratio of people retracting the viruses is still considerably high,” said Hassan, hoping to see a decline in positive cases in the second week.

God bless Caretaker Health Minister Hamad Hassan and hezbollah for importing the virus from Iran into Lebanon for testing purposes and then finding a vaccine for it using the resistance' expert doctors and Lab facilities.

Our Sayid and Marja' has once again proved that neither viruses nor aggression orchestrated by the Saudi-American-Israeli-Sudani-Bahraini-Emirati coalition will succeed into subduing Lebanon and its Shia resistance.

lol @ the shia christian of european parents from dahieh with a deep and wide luv tunnel that is open for public abuse 24/7.

to the Axis of Evil, how dare you receive COVID-19 vaccine from the Great Satan. Thought you wanted to head East to Iran and China.

Mark my words: they will get the vaccine free of charge, then sell it twice its price in Lebanon through their network... This political class is lower than dirt and holding its population hostage...

it is but' effective @antonio:)