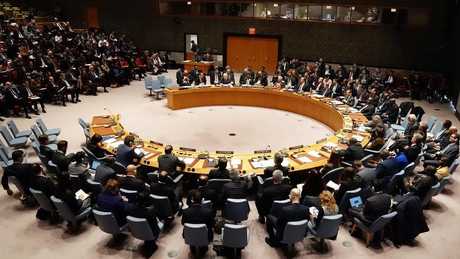 The UN Security Council will on Tuesday hold its first meeting on the conflict in Ethiopia's dissident Tigray region, diplomatic sources said.

The virtual meeting will not be open to the public and it was not yet clear if a statement would be issued afterward, the sources said on Monday.

Ethiopia's Prime Minister Abiy Ahmed has ordered the leaders of the northern region of Tigray to surrender ahead of a threatened all-out assault on its capital, Mekele.

Abiy launched the military campaign against the Tigray People's Liberation Front (TPLF) on November 4, accusing it of attacking two federal military camps in the region, and of seeking to destabilise his government.

Hundreds of people are reported to have been killed, but a communications blackout has made claims from both sides difficult to verify.

UN chief Antonio Guterres last week called for the opening of humanitarian corridors to assist civilians caught in the fighting, noting that authorities had so far rejected attempts at mediation.

"We are very worried about the situation in Ethiopia," the secretary general told reporters in New York, warning of a "dramatic humanitarian impact" including in neighboring Sudan.

"We have been asking for the full respect of international humanitarian law and also for the opening of humanitarian corridors and the truces that might be necessary for humanitarian aid to be delivered," he said.

Over 40,000 Ethiopians have fled to neighbouring Sudan, the UN's refugee agency said Monday.