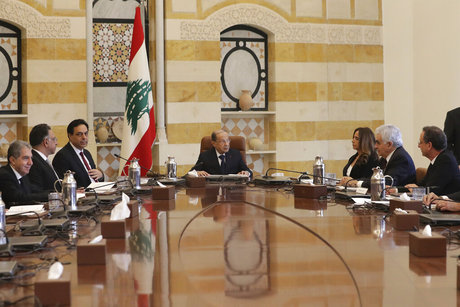 The resigned government is now obliged to legalize the financial audit of state institutions, although some oppose allocating this jurisdiction to a resigned government because it can only convene over emergency and extraordinary situations, parliamentary sources said.

“The resigned government cannot sign a contract with a financial auditing company, because it would need a new spending contract to cover the cost of this auditing, and the government cannot secure it because it is acting in a limited caretaker capacity,” the sources added in remarks to Asharq al-Awsat newspaper.

Parliament had voted Friday in favor of a sweeping financial audit of state institutions, a week after a consultancy firm terminated its contract to audit the central bank over missing data.

Parliament on Friday voted to rule out this justification, clearing the way for the forensic audit to take place.

"You didn't need the lifting of bank secrecy or anything to conduct the" audit, he said.

"The problem is again, how do you allow thieves to audit thieves?" he added, referring to authorities.

Several officials, including the finance minister, have said the government is expected to replace Alvarez and Marsal with another consultancy firm soon.

lol @ "The problem is again, how do you allow thieves to audit thieves?"