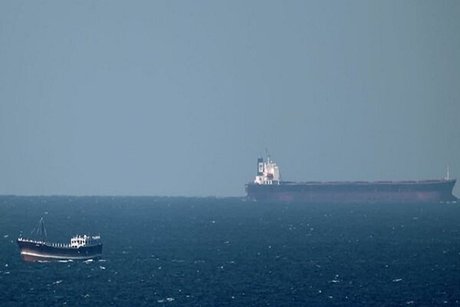 A vessel was attacked off the coast of war-torn Yemen, a UK-based maritime organisation said Saturday, days after an explosion rocked an oil tanker docked at a Saudi port.

The United Kingdom Maritime Trade Operations (UKMTO), citing reports from ships in the vicinity, said it was aware of an attack late Friday against a merchant vessel, without giving further details.

It later released a statement the incident was over.

"Incident is now complete. Vessel and crew are safe."

The report comes 10 days after a Greek-operated vessel docked at Saudi Arabia's port of Shuqaiq was rocked by an explosion in an attack that a Riyadh-led military coalition blamed on Yemeni rebels.

The November 25 blast on the Maltese-flagged Agrari tanker followed a string of attacks by the Iran-linked Huthi rebels on Saudi oil infrastructure, highlighting the growing perils of a five-year military campaign led by the kingdom in Yemen.

Saudi Arabia is stuck in a military quagmire in Yemen, which has been locked in conflict since Huthi rebels took control of the capital Sanaa in 2014 and went on to seize much of the north.

The Saudi-led coalition intervened the following year to support the internationally recognised government, but the conflict that has shown no signs of abating.

Tens of thousands of people, mostly civilians, have been killed and millions displaced in what the United Nations has called the world's worst humanitarian disaster.

God bless our Shia resistance and its allies in Yemen for ensuring the safety of all maritime activities in the Gulf and resisting the schemes of the Saudi-American-Israeli-Sudani-Bahraini-Emirati coalition.

Since the assassination of our great Shia nuclear scientist, the Islamic Republic of Iran has been extremely careful in not giving any excuses for the coalition to plot further schemes against the Republic and its allies.

That is how Iran is avenging the death of their terrorist scientist.... attacking civilian and commercial ships.