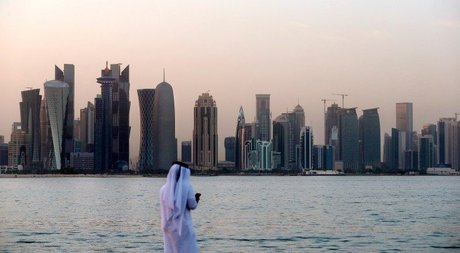 Bahrain has accused Qatar of seizing one of the kingdom's champion bodybuilders during a fishing trip even as Manama normalised its relationship with its neighbour.

The Gulf kingdom has repeatedly clashed with Doha over the enforcement of maritime boundaries, with several incidents in recent months which have seen Qatar's coastguard intercept Bahraini vessels.

The row comes as direct flights were due to resume between Qatar and Saudi Arabia, Bahrain's close ally, and as Manama said it would open its airspace to Qatari jets following the end of the Gulf crisis.

"Bahrain has strongly condemned the Qatari coastguard's arrest of Bahraini bodybuilding champion Sami Al-Haddad while he was on a fishing cruise with a number of his companions in the Bahraini territorial waters," the foreign ministry said late Sunday.

A statement said that Manama "called on the Qatari authorities to immediately release... Haddad and his companions, and to stop attacking Bahraini fishermen at sea and unfairly arresting them".

The ministry did not state when the incident is alleged to have occurred.

Doha did not immediately respond to calls for comment.

Saudi Arabia and its allies the United Arab Emirates, Bahrain and Egypt in June 2017 slapped a blockade on Qatar that included closing airspace to the country over claims it backed Islamist groups and was too close to Iran.

The quartet agreed to lift the restrictions at a Gulf Cooperation Council summit last week in the Saudi desert city of Al-Ula, after energetic diplomacy by outgoing US President Donald Trump's administration.

But Manama, in a letter to the United Nations, denied it breached Qatari airspace, during what it described as a routine exercise in Saudi and Bahraini airspace.

In the early days of the Gulf dispute in 2017, the Qatari coastguard seized 15 Bahraini fishing boats, alleging they had been operating illegally in the emirate's waters.

Qatar had a longstanding territorial dispute with Bahrain over the waters and small islands that separate the peninsula from the main islands of its maritime neighbour.

The row was resolved by the International Court of Justice in 2001.