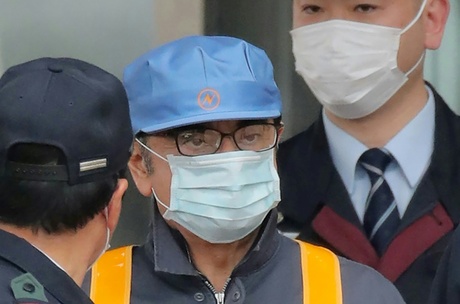 A meeting between fugitive ex-auto tycoon Carlos Ghosn and French judicial investigators in Beirut, initially set for next week, will be postponed because of a fresh virus lockdown, Ghosn's defense team told AFP on Tuesday.

"By mutual agreement between the French and Lebanese investigative judges as well as the defense lawyers, it was decided to postpone the arrival of the French judges to a later date," Jean Tamalet of the King & Spalding law firm said on behalf of the team.

Tamalet said a strict 11-day lockdown that will go into force in Lebanon on Thursday until January 25 prompted the move.

The government announced the tightened measures, including a 24-hour-curfew, on Monday after Lebanon recorded a 70 percent spike in infections over the past week.

Ghosn, who holds Lebanese, French and Brazilian citizenship, was supposed to meet with French judicial investigators in Beirut from January 18-22, according to a source familiar with the matter.

The investigators work with France's central office for combating corruption and financial and tax offences, the source said.

They are looking into two judicial inquiries lodged against Ghosn in France, the source added, without providing additional details.

Ghosn, the former Nissan chief, was arrested in Japan in November 2018 on financial misconduct allegations and spent 130 days in detention, before he jumped bail and smuggled himself out of the country in late 2019.

Facing an Interpol arrest warrant, Ghosn has remained effectively trapped in Lebanon, even as others face court over their links to his case.

Japan has called on Ghosn to return to be tried, while Lebanon has asked Japan to hand over his file on financial misconduct charges.

Ghosn is currently beyond the reach of the Japanese courts and leads a comparatively quiet life, mostly in his Beirut home, though he recently released a book setting out his side of his case.