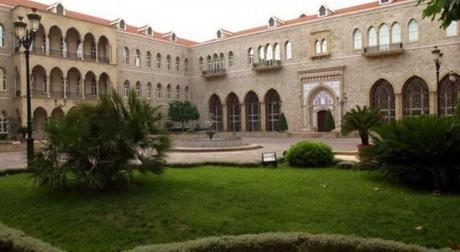 Tension heightened at the Center House after the “insulting” remarks of President Michel Aoun about PM-designate Saad Hariri in a leaked video that circulated on social media outlets, al-Joumhouria daily reported on Thursday.

Center House sources of the PM-designate said the leaked video of Aoun “blew a great insult at Hariri and at his political team and at his environment,” they told the daily.

The “insult shall not pass,” they added.

“The content of the video reflects an approach long adopted (by Aoun’s Free Patriotic Movement) even before Hariri’s designation to form a government,” Center House sources said on condition of anonymity.

“Their approach has long sought to place obstacles not only to disrupt the formation of the government process, but also targeting Hariri personally in an attempt to push him to withdraw from his task so that they are able to designate someone obedient to (head of the FPM and son-in-law of Aoun) MP Jebran Bassil,” added the sources.

A war of words had recently erupted between Hariri and Aoun’s camp after the president was caught on camera accusing the PM-designate of “lying.”

Progressive Socialist Party leader ex-MP Walid Jumblat had on Wednesday expressed his “categorical rejection” of what he called the “campaign” against the premiership post.

Jumblat condemned “the personal insults that have targeted PM-designate Hariri” despite some “temporary political differences” between him and the premier, a PSP statement said.