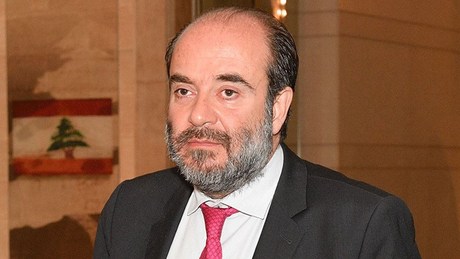 MP Georges Okais of the Lebanese Forces-led Strong Republic bloc warned Wednesday that “the scenario of the port explosion might be repeated.”

“It seems that this ruling authority does not want to learn from the August 4 massacre,” Okais cautioned in a statement.

“Coming from China, the ship MSC MASHA 3 is preparing to dock at a Lebanese port (Beirut or Tripoli) to unload chemical material, sodium sulfide, with the aim of transferring it as a transit shipment to Syria via Lebanese territory,” the MP said.

“Ten containers of this material will be off a Lebanese port in the coming hours and it seems that the Defense Ministry had agreed on 19/1/2021 to the unloading of the ship, asking the Public Works and Transport Ministry to prevent the emptying of the chemical material containers,” Okais added.

“We have the right and the Lebanese people have the right to ask: who guarantees to us that the chemical material will not be emptied and stored inside Lebanese territory in a dreadful repetition of the ammonium nitrate tragedy?” the lawmaker wondered.

He also asked why the shipment cannot be directly unloaded in Syria and whether the passage of this material through Lebanon would be considered a violation of international laws that might subject Lebanon to further sanctions.

“Will the containers be searched under the supervision of the Lebanese Army, which is the only side we trust in this issue?” Okais added, describing the affair as a “scandal.”

“If this issue is not clarified, we will escalate in the media and through institutions, because we have grown tired of this ruling class and its lack of responsibility towards its people,” the MP went on to say.

He also noted that “the sodium sulfide substance is an explosive substance according to studies publicly available through electronic search engines.”

Caretaker Defense Minister Zeina Akar later issued a statement confirming that the Defense Ministry and the Army Command had agreed to the unloading of the ship’s cargo at the request of the Public Works and Transport Ministry.

In a memo sent to the Defense Ministry by the Public Works and Transport Ministry, the Directorate General of Land and Maritime Transport noted that “the MSC company is one of the most important maritime companies in the world,” Akar said.

Akar, however, pointed out that the approval is conditional.

“The ten containers carrying chemical material shall be kept on the ship and security agencies, especially the Lebanese Army and customs, will search every container that will be unloaded at Beirut port,” Akar said.

“The owners of the warehouses or their agents shall be present during the opening and inspection of every container, and should they fail to be present the container would remain on the ship and would be returned along with its cargo,” Akar added.