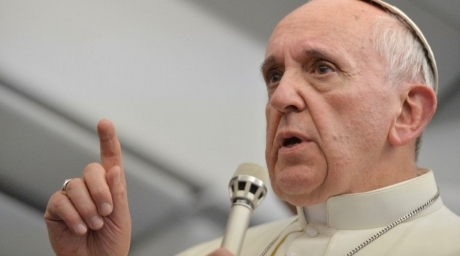 Pope Francis, who hopes to visit Iraq in March, on Thursday deplored as a "senseless act of brutality" a suicide bombing in Baghdad that left at least 32 people dead.

"His Holiness Pope Francis was deeply saddened to learn of the bomb attacks on Tayaran Square in Baghdad this morning," the Vatican said in a statement sent to Iraqi President Barham Saleh in the pope's name.

"In deploring this senseless act of brutality, he prays for the deceased victims and their families, for the injured and for the emergency personnel in attendance."

The statement said the pontiff prayed that "all will continue work to overcome violence with fraternity."

The 84-year-old pope is planning a historic visit to Iraq between March 5 and 8, including Baghdad as well as Mosul, once the stronghold of the Islamic State group.

It would be the first trip ever by a pontiff to the Middle Eastern country, whose historic and diverse Christian communities have been devastated by the sectarian warfare of the last two decades.

The Vatican this week opened the process of accrediting media for the visit, but the pope himself has warned it could be cancelled because of the coronavirus pandemic.

Recalling how the spread of Covid-19 forced him to cancel his foreign trips last year, he said this month: "I don't know if the upcoming trip to Iraq will happen."

He added: "I cannot in all conscience encourage gatherings."