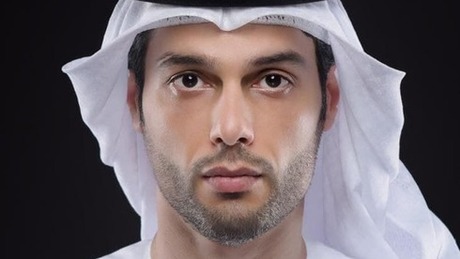 Israel's president on Monday formally received the first-ever ambassador from the United Arab Emirates to the Jewish state, following last year's historic agreement between the countries to normalize ties.

After greeting Khaja in Arabic, Rivlin said: "The entire Israeli people welcomes you with joy.

"This will be your most important mission -- to welcome the hands reaching out to you... treaties are signed by leaders, but real, sustained peace is made between peoples, face to face," the president said.

Khaja said he would "work tirelessly to strengthen the political ties between our two countries, in the service of our peoples and regional stability."

The UAE was the first country to agree to establish full diplomatic relations with the Jewish state under the Abraham Accords, a pact brokered by former U.S. president Donald Trump.

The agreement made the UAE only the third majority Arab nation to form official ties with Israel, following Egypt in 1979 and Jordan in 1994.

Bahrain, Morocco and Sudan have subsequently joined the Abraham Accords.

The agreements broke with a longstanding Arab consensus that there should be no normalization with Israel until it reaches a comprehensive peace deal with the Palestinians.

Khaja told Ashkenazi he was "very proud and honored to be the first Emirati ambassador to the State of Israel."

Israel and the UAE have already signed treaties on direct flights and visa-free travel, along with accords on investment protection, science and technology.