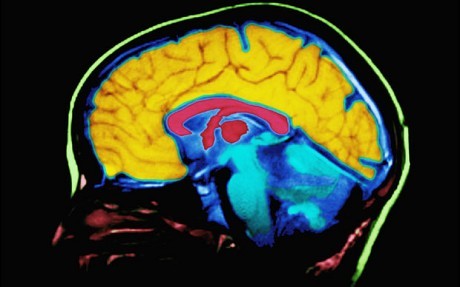 The part of the brain used for speech processing is in a different location than originally believed, according to a U.S. study Monday that researchers said will require a rewrite of medical texts.

Wernicke's area, named after the German neurologist who proposed it in the late 1800s, was long believed to be at the back of the brain's cerebral cortex, behind the auditory cortex which receives sounds.

But a review by scientists at Georgetown University Medical Center of more than 100 imaging studies has shown it is actually three centimeters closer to the front of the brain, and is in front of the auditory cortex, not behind.

"Textbooks will now have to be rewritten," said neuroscience professor Josef Rauschecker, lead author of the study which appears in the Proceedings of the National Academy of Sciences.

"We gave old theories that have long hung a knockout punch."

An analysis of the brain imaging coordinates in those studies pointed to the new location for Wernicke's area, offering new insight for patients suffering from brain damage or stroke.

"If a patient can't speak, or understand speech, we now have a good clue as to where damage has occurred," said Rauschecker.

It also adds an intriguing wrinkle to the origins of language in humans and primates, who have also been shown to process audible speech in the same region of the brain.

"This finding suggests the architecture and processing between the two species is more similar than many people thought."

Lead author Iain DeWitt, a PhD candidate in Georgetown's Interdisciplinary Program in Neuroscience, said the study confirms what others have found since brain imaging began in earnest in the 1990s, though some debate has persisted.

"The majority of imagers, however, were reluctant to overturn a century of prior understanding on account of what was then a relatively new methodology," he said.

"The point of our paper is to force reconciliation between the data and theory."