Obama: Egypt Will Never Be the Same 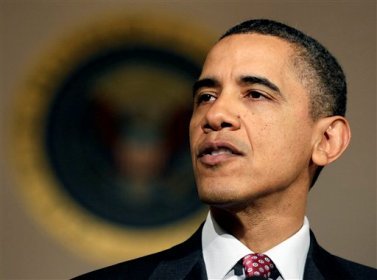 President Barack Obama on Friday welcomed the peaceful transition of power in Egypt with the resignation of longtime President Hosni Mubarak. "The people of Egypt have spoken. Their voices have been heard. And Egypt will never be the same," he declared.

In brief remarks at the White House, the president noted that it was "not the end of Egypt's transition, it's a beginning." He said that many important questions remain to be resolved and difficult times lie ahead.

"I'm confident the people of Egypt can find the answers," Obama said. He spoke hours after Mubarak stepped aside, turning authority over to the military. It was a turnaround from the night before, when the Egyptian leader defiantly refused to give up his title.

Said Obama: "Egyptians have inspired us, and they've done so by putting the lie to the idea that justice is best gained by violence."

"For Egypt, it was the moral force of nonviolence, not terrorism, not mindless killing, but nonviolence, moral force, that bent the arc of history toward jus Obama singled out the military for praise, saying it helpfully as a "caretaker" in defusing the situation and securing the country.

"We saw a military who would not fire bullets at the people they were sworn to protect," he said. But, he added a note of warning. The military, he said, will have to "ensure a transition that is credible in the eyes of the Egyptian people."

He said that means lifting Egypt's hated 30-year-old police powers laws, revising the constitution and enacting other safeguards to "make this change irreversible" and set the path for free and fair elections.

Obama began his remarks by noting that "President Mubarak responded to the Egyptian people's hunger for change." That was the only time he mentioned the resigned president.

Obama said he is confident that a democratic Egypt can assert its role as an influential player in the Mideast and beyond.(AP)