Report: 13 Russian Soldiers Killed in Battles with Insurgents in Caucasus 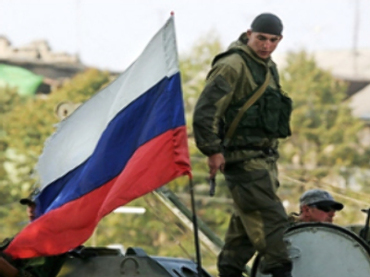 Thirteen Russian troops have been killed and at least 17 others wounded in five days of clashes with Islamic insurgents in the snowy mountains covering restive Chechnya and Dagestan, a report said Friday.

The fighting on Thursday broke out when Russian interior ministry forces met resistance from three separate groups of militants hiding in the heavily forested hills, the source said.

Russian reports said the clash initially broke out near Chechnya's eastern border with Dagestan, a larger Muslim region that has been the center of North Caucasus unrest in recent years.

Chechnya is currently ruled by Ramzan Kadyrov, a former rebel turned Moscow supporter whose crackdown on militants has been accompanied by widespread allegations of rights abuses.

But the republic has remained largely peaceful since waging two post-Soviet wars against federal forces that claimed tens of thousands of lives and saw hundreds of thousands flee the ravaged Chechen capital Grozny.

Russia & America has one goal and its to deny the rights of muslims all around the world, Russia has done harm to muslims far greater than America, but they do not cover it on the media.

Who Cares? We have plenty of issues to deal with in Lebanon... If you do care, you could dress-up as a mujahid and go fight the ruskies....