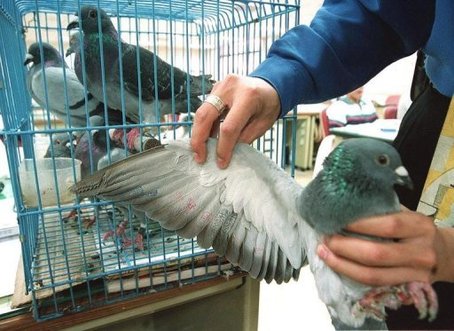 Seven people have been arrested in southern Taiwan for allegedly kidnapping dozens of race pigeons for ransom, police said Wednesday.

The suspects were accused of setting traps along the racing routes to capture the pigeons and demanding up to Tw$5,000 ($165) in ransom per bird from the owners, said the Criminal Investigation Bureau.

The ringleader was nabbed when he allegedly met an owner to collect ransom earlier this week and he was found to be in possession of nearly 60 race pigeons, police said.

Pigeon racing is popular in Taiwan but has been linked to underground gambling.