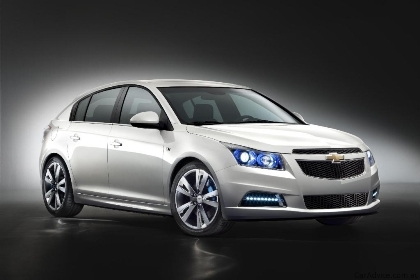 The South Korean unit of U.S. auto giant GM on Wednesday unveiled a new hatchback as part of an ambitious plan to introduce eight models this year to expand its domestic and global market share.

The Chevrolet Aveo comes on the heels of the Orlando sports utility vehicle unveiled earlier this month.

The Aveo will enable Chevrolet to grow further and faster domestically and globally "as demand for economical yet reliable small cars continues to increase", GM Korea chief executive Mike Arcamone said in a statement.

GM Korea produces the Orlando SUV and the Aveo at its South Korean plants for both domestic sales and exports.

The Orlando will be available in European markets in the first quarter and the Aveo in the second quarter.

The Aveo, which will be available as a five-door hatchback or four-door sedan, is also being built at GM's Orion assembly centre in Michigan.

It will be sold as "Sonic" in the North American market from September, the company said, and will be markedly different in design terms from the Aveo model currently available in the U.S. market.

GM owns a 70.1 percent stake in GM Korea, the manufacturing base for smaller vehicles for the Detroit-based carmaker.

GM Korea turned profitable in 2010 after posting net losses for the previous two years. But its share of the Korean market was just around eight percent last year compared to almost 80 percent for Hyundai and affiliate Kia.