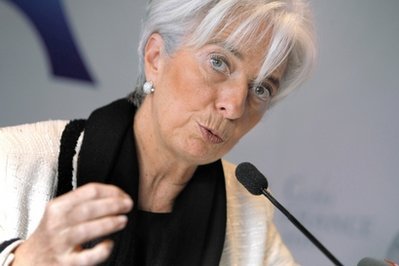 The aim of an upcoming G20 meeting is to address global economic imbalances and not to dictate policy to any particular country, French Finance Minister Christine Lagarde said on Thursday.

Group of 20 finance ministers and central bank governors are to meet for the first time under the bloc's French presidency Friday and Saturday in Paris, aiming to hammer out common criteria for measuring global economic imbalances.

"Once we have these indicators, and that's highly debated at the moment and will be in the next couple of days ... then we will move on to agree on guidelines," Lagarde said in Paris.

"What we do not want is to dictate to one or the other country -- 'stop being competitive, stop exporting, stop consuming,'" she said at a meeting organized by the Institute of International Finance.

"The goal is to try to reach a better equilibrium that will be beneficial to all, from an inflation point of view for instance, or from a social fabric point of view."

A German official who asked not to be named said it was "probable" that the Paris meeting would reach an accord on assessing countries' current accounts, exchange rates, currency reserves, public budgets and private savings.

French President Nicolas Sarkozy has vowed to reform the world monetary system and commodities markets during his year at the G20 helm, saying he aims to defend poor economies from currency and trade turbulence.

Sarkozy has reached out to China, Russia and other allies to rally them behind his plans. He plans to meet his Chinese counterpart Hu Jintao in China next month for talks on the sensitive issue of China's currency policy.

The United States and other western powers accuse China of holding down the value of its currency to boost Chinese exports unfairly and at their expense. China denies any such manipulation, saying the imbalance reflects structural problems in the economies of its trade partners.