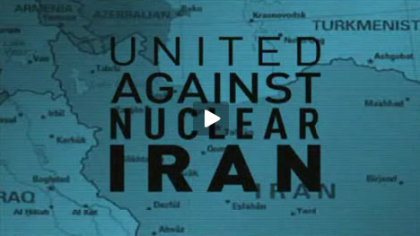 An American advocacy group has urged Lebanon’s Central Bank governor Riyad Salameh not to conspire with Hizbullah in helping Iran evade the international financial sanctions imposed on it.

Al-Akhbar newspaper on Friday reported that the president of United against Nuclear Iran, Mark Wallace, sent Salameh a letter on Feb. 21 inquiring about the Central Bank’s efforts in preventing Iran from using the Lebanese financial sector to avoid the international economic sanctions.

According to a statement by UANI on its official website, it demanded the Central Bank to “clarify” the nature of its work with Iranian institutions as the “Iranian regime and its proxies are widely known to use Lebanese banks and money exchanges.”

The statement called on Allied Engineering Group S.A.R.L. (AEG) and Lebanon's Central Bank to “end their relationships” with Iranian banks and financial institutions.

AEG is SWIFT's Beirut-based Regional Partner for the Middle East and Africa, and provides SWIFT services for more than 400 banks in more than 40 countries.

SWIFT is a member-owned cooperative through which the financial world conducts its business operations.

UANI called on AEG to confirm that it will not allow Iranian institutions to use it and its Service Bureaus as a work-around following the expected termination of Iranian SWIFT access.

It also urged Salamah to “cease Lebanese business with any and all Iranian sanction-designated financial institutions including Bank Saderat.”

The organization said that Hizbullah has “insidious” influence on the Lebanese financial sector, for that reason Lebanon’s Central Bank should be cautious and commit to the international banking community and confirm that “it’s not complicit –knowingly or unknowingly- in facilitating Iran’s effort to avoid the sanctions.

Salamah replied to Wallace’s letter asking him to visit Lebanon to confirm that everything is going on properly, according to al-Akhbar.

Western countries have imposed a raft of sanctions on Iran in a bid to halt its nuclear program, which they say masks a bid to build atomic weapons, a claim Tehran denies.