Japan Closes its Embassy in Syria 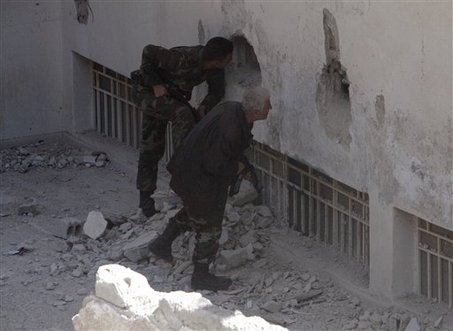 Japan's foreign ministry on Wednesday said it would close its embassy in Syria, citing deteriorating security conditions amid a brutal crackdown on anti-government protestors.

"We have decided to temporarily close the Japanese embassy in Syria as of today due to worsening public safety conditions in Syria, including the capital Damascus," a ministry statement said.

The Syrian embassy, which had already been reducing its operations since earlier this month, will continue to operate out of Japan's diplomatic compound in neighboring Jordan, it said.

The ministry also said Japan was continuing to urge its nationals to avoid travel to the violence-wracked nation.

The closure came as U.N. secretary-general Ban Ki-moon said Wednesday the organization was aiming to end the violence in Syria while starting political dialogue and providing humanitarian aid.

Fighting broke out in Damascus on Tuesday while clashes elsewhere in the country killed at least 30 people -- all but two of them civilians -- the Syrian Observatory for Human Rights said.