Obama Calls for Higher Tax Rates for the Rich 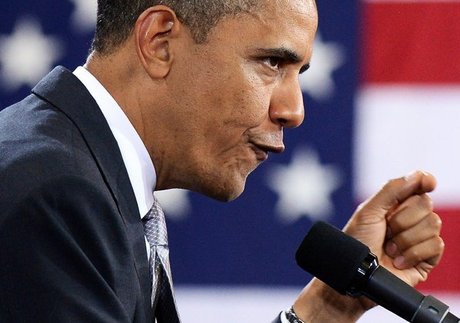 "Today, the wealthiest Americans are paying taxes at one of the lowest rates in 50 years," the president said in his weekly radio and Internet address.

He pointed out that under the current system people like billionaire investor Warren Buffett or Microsoft founder Bill Gates were paying a lower rate than their secretaries.

"That's not fair. It doesn't make any sense," Obama said. "Do we want to keep giving tax breaks to the wealthiest Americans like me, or Warren Buffett, or Bill Gates - people who don't need them and never asked for them? Or do we want to keep investing in things that will grow our economy and keep us secure? Because we can't afford to do both."

The comments came as Congress prepares to consider a proposal that would increase tax rates for people making more than $1 million a year while keeping then unchanged for those making under $250,000 a year.

Obama urged Americans to call their members of Congress and ask them to support the bill.

"Call them up, write them a letter, pay them a visit, and tell them to stop giving tax breaks to people who don't need them and start investing in the things that will help our economy grow and put people back to work," he said.

"That's how we'll make this country a little fairer, a little more just, and a whole lot stronger."

What do you expect from a Marxist who fooled a lot of people while his party committed the largest election fraud in US history to get elected? His goal is in line with a typical Communist approach, “poverty creates dependency, dependency creates control (By the government)”.
Bozo will be sent back to Kenya where he came from, we don’t need his Change (From a Capitalist to a Communist) nor his Hope (Hope that no one will be smart enough to question his quest to implode the greatest nation on earth). November (Election) is coming and not soon enough!!!!