U.S. Study: Skin Cancer on the Rise Among Young Adults 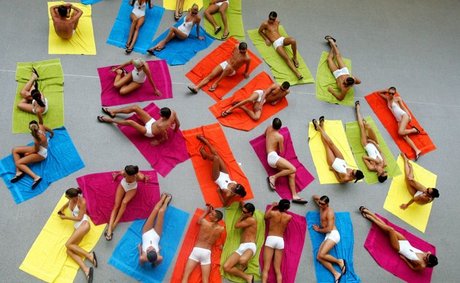 A U.S. study published Monday showed that skin cancer is on the rise among young adults, suggesting that indoor tanning beds and childhood sunburns may be to blame, the Agence France Presse said Monday.

The rate of melanoma between 1970 and 2009 increased eightfold among women and quadrupled among men, according to the research by Mayo Clinic experts who studied all medical records for a county in Minnesota over that time span.

However, death rates from melanoma fell during the same period, suggesting that early interventions may be helping to save some lives, said the researchers.

Still, lead investigator Jerry Brewer, M.D., a Mayo Clinic dermatologist, sounded the alarm about what he called a "dramatic rise in women in their 20s and 30s."

"We anticipated we'd find rising rates, as other studies are suggesting, but we found an even higher incidence than the National Cancer Institute had reported," he said.

Although the current study did not focus on reasons for the increase, Brewer said other researchers have found that people who use indoor tanning beds are 74 percent more likely to get melanoma than non-tanners.

"One possible explanation for this rapid increase in cases of melanoma may be the use of indoor tanning beds in teens and young adults, which has become so popular in recent years," said Stein, who was not involved with the study.

"It's important for people to protect their skin from ultraviolet exposure, and to check their skin for new or changing moles, which can be a sign of melanoma. The key to surviving melanoma is early detection."

Melanoma is the deadliest form of skin cancer. People at the highest risk are those with light hair and green or blue eyes. Spending a lot of time in the sun or had one or more blistering sunburns in youth also boost the risk.