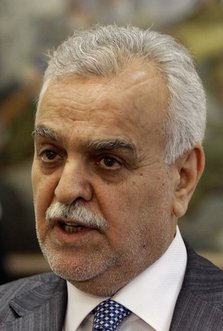 "Diplomatic norms and the post of Hashemi prevent Qatar from doing such a thing," he said when asked about Baghdad's request to hand over the Sunni leader, who is accused of running a death squad.

Hashemi, who arrived in Qatar on Sunday on what the local media has said is an official visit, had been in Iraq's autonomous Kurdistan region since December.