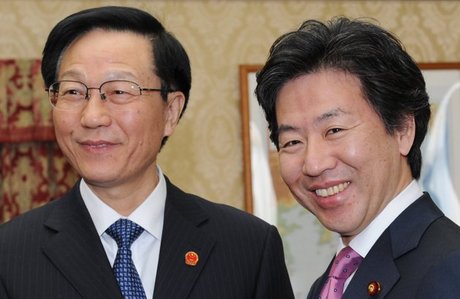 Azumi told reporters that the two countries would discuss further funding to strengthen the IMF's financial bases so that the Washington-based multilateral lender can play a more active role in preventing Europe's debt crisis from dragging down global economic growth.

Azumi said that Japan and China have yet to decide on further financial contributions to the IMF.

"Although a critical moment of the European issue has gone, we can never be optimistic," Azumi told reporters, according to Jiji.

After providing loans to help debt-wracked countries such as Greece, IMF chief Christine Lagarde has asked members to give the fund $500 billion extra for possible future bailouts.

The issue is expected to be top of the agenda at a meeting of finance ministers from the Group of 20 on April 20.