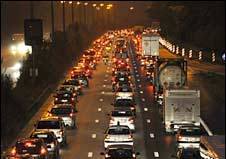 The public transport authority in Brussels halted all buses, trams and metro trains in the Belgian capital Saturday after a controller was "beaten to death" following a traffic accident.

Spokeswoman Francoise Ledune said the controller, aged 56, was taken to hospital, where he later died.

Ledune said the controller was attacked after he was called to the scene of an accident between a bus and a private car early Saturday.

She said he was hit on the head by a friend of the car driver.

Prime Minister Elio Di Rupo called in a statement for a swift trial and "the severest punishment" for whoever was responsible.

"Violence has no place in our society, one of whose fundamental principles is mutual respect," he said.

Interior Minister Joelle Milquet said he would propose measures to improve security on public transport at a cabinet meeting later this month.