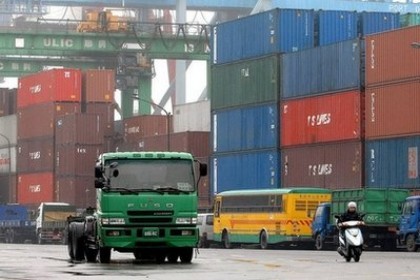 China's inflation rate edged up in March, driven by rising food costs, official data showed Monday, but analysts said there was still scope for Beijing to stimulate the slowing economy.

The consumer price index (CPI) rose to 3.6 percent in March from 3.2 percent in February, slightly higher than analysts' expectations, as bad weather pushed up food prices and authorities raised the price of fuel.

Inflation -- one of China's biggest economic concerns because of the potential for rising prices to trigger social unrest -- hit a high of 6.5 percent last July, but has gradually slowed since then.

In February it hit its lowest rate since 2010, and analysts expect it to remain under four percent this year, allowing the government to further loosen credit conditions to boost businesses hit by the global economic slowdown.

"CPI was mainly pushed up by food prices, which resulted from an undersupply of vegetables due to relatively cold weather in March," Li Huiyong, a Shanghai-based analyst at Shenyin Wanguo Securities, told Agence France Presse.

"We think the downward trend will likely be unchanged, with the CPI bottoming out in July this year."

Premier Wen Jiabao, speaking at the opening of the annual session of parliament in March, warned consumer prices remained high and said the government's aim was to keep inflation within four percent this year.

Inflation has triggered social unrest in the past and senior leaders are anxious to keep prices of basic goods such as vegetables, meat and housing under control ahead of a once-a-decade power transition that begins later this year.

Nonetheless, Beijing has twice lowered the banks' reserve requirement ratio in the past four months, effectively increasing the amount of money they can lend, and analysts said they expected further such moves in the coming months.

"There's still room for the central bank to lower reserve ratio requirements soon," said Tang Jianwei, an economist with the Bank of Communications in Shanghai.

The producer price index (PPI), which measures the cost of goods at the farm and factory gate and is a leading indicator of consumer prices, fell 0.3 percent year-on-year in March, showing deflationary pressures are still at work on prices.

"PPI figures could be of concern and push the government to be more active on easing credit," said Xianfeng Ren, an economist with IHS Global Insight.

Food prices, regularly the source of government concern as they hit China's most sensitive populations, rose 7.5 percent in March.

Meanwhile the government put up fuel prices by the biggest margin in three years last month, as easing inflation gave it more room to adjust to international price levels.

China has cut its economic growth target to 7.5 percent this year, from eight percent last year, in an official acknowledgement that the export-driven economy is slowing.

Analyst expect first-quarter economic data due out on Friday will confirm the slowdown in growth in the world's second biggest economy as Europe's debt crisis and sluggish U.S. economic recovery hurts demand for its products.

The Asian powerhouse expanded 9.2 percent last year, slowing from 10.4 percent in 2010, as global turbulence and efforts to tame high inflation put the brakes on growth.

"Looking forward to next few months the economy will continue to get worse, but should pick up in the second half as external conditions are expected to get better," said Ren.