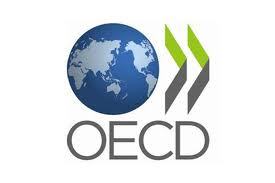 State-owned companies wield huge influence in Middle East and North African economies but many are subject to undue political influence and conflicts of interest, the Organization for Economic Cooperation and Development said on Tuesday.

It said that "improved corporate governance is key to reducing corruption and restoring confidence in public institutions in the aftermath of the Arab Spring."

The OECD urged a shake-up of the way such companies are run while also commenting that "privatization is not the only answer to reforming state-owned firms."

Reforms would bring about "greater public accountability and improve their efficiency," the OECD said in a report entitled "Towards New Arrangements for State Ownership in the Middle East and North Africa."

The report said state-owned enterprises accounted for up to half of economic output in some of these countries and provided nearly 30 percent of all employment, compared with two to three percent in the advanced countries belonging to the OECD.

The organization, an influential research and advisory body for rich countries, said that reforms should be focused in several areas.

It noted in particular that in many countries, ministries were directly responsible for commercial activities by such companies, and that the functions of ownership and regulation were often in the same hands.

This could result in "significant conflicts of interest," the OECD said.

Some state-owned companies were not subject to laws covering companies but came under special legal arrangements "which effectively politicize their governance and exempt them from competition and bankruptcy frameworks."

For governments in these countries it was essential to tighten up governance of such enterprises to increase transparency and accountability, for example separating regulation form ownership and increasing competitive pressures, the report recommended.