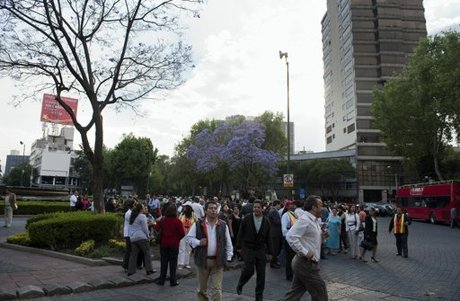 A strong 6.9-magnitude earthquake struck off Mexico's Pacific coast early Thursday, according to the U.S. Geological Survey, with no immediate reports of casualties or damage.

The earthquake hit around 12:15 am (0715 GMT) in the Gulf of California, 133 kilometers (82 miles) northeast of the town of Guerrero Negro in the Mexican state of Baja California, according to the USGS.

The earthquake came hours after a 6.5-magnitude quake shook western Mexico, sending people rushing out into the streets as far away as Mexico City but apparently causing no casualties or major damage.

There has been a series of recent tremors in the region.

That earthquake -- with its epicenter south of the Pacific resort of Acapulco -- was the most powerful to hit the country since one in 1985, which destroyed entire neighborhoods of the capital and killed thousands.

Residents of Mexico's crowded capital -- home to more than 20 million people -- are all too familiar with seismic activity and have grown used to evacuation drills.