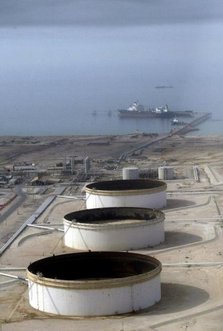 Iranian Oil Minister Rostam Ghassemi said on Thursday that oil sales to Germany, Greece and Spain had not been halted as reported by state media last week.

"We are still selling oil to all of Europe except Britain and France," Ghassemi told a press conference.

Two Iranian state-owned broadcasters, al-Alam and Press TV, last week reported that oil exports to Germany, Spain and Greece had been halted, expanding on a February decision to stop oil sales to France and Britain.

The apparent moves by OPEC's second-biggest producer came in response to new sanctions by the European Union and the United States.

Ghassemi contradicted the television reports, which also claimed that exports to Italy could soon likewise be stopped but which did not identify the sources of their information.

"Exports to France and Britain have stopped. For the other countries the exports continue, although there are some financial problems in certain cases," linked to difficulties in transferring money, he said on Thursday.

"We have not halted exports to Greece," with which "there are some financial problems that are in the process of being resolved," the minister added.