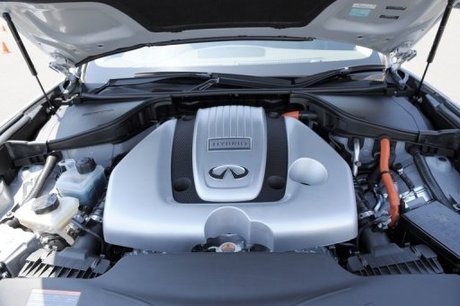 Japanese auto giant Nissan said Friday it would build two models of its luxury Infiniti brand in China from 2014, as it looks to further tap the world's biggest car market.

The firm has said it is aiming to boost sales of the cars to half a million units globally by 2016, up from 145,000 last year when it was produced in Japan and the United States.

"This is an important milestone for Infiniti's growth strategy, and for the brand to reach its aggressive sales target of 500,000 units by 2016," Andy Palmer, executive vice president of the Global Infiniti and Luxury Business Unit, said in a statement.

"Local production in the world's largest automobile market is not an option but a necessity to our success," he added.

Nissan, which currently has three plants in China, did not say which models would be produced at facilities operated by its Chinese partner Dongfeng Motor Co., or if some units would be exported to other markets outside China.

But the move would not reduce production at existing Infiniti plants, a spokesman in Japan said Friday.

China is Nissan's largest market, accounting for more than one-quarter of its 4.67 million in vehicle sales last year.

Earlier this month, Nissan, which is part of an alliance with France's Renault, it will start making a new midsize hatchback at its huge plant in Sunderland in the north of England from 2014.

It is also planning to dust off its shelved Datsun brand to tap emerging markets.