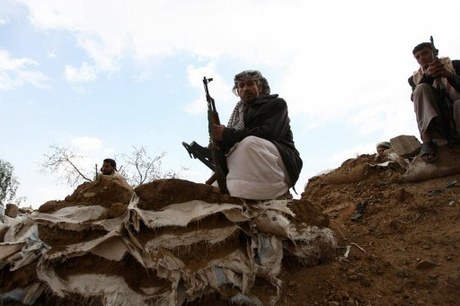 The Movement for Oneness and Jihad in West Africa (MUJAO) spokesman Adnan Abu Walid Sahraoui gave the figures in reply to a written question submitted by Agence France Presse.

He said MUJAO was demanding 30 million euros ($40 million) for the two women, an Italian and a Spaniard, kidnapped in October along with a Spanish man while working in a camp for Western Sahara refugees in Tindouf in western Algeria.

The Algerians were abducted on April 5 in Gao, northeast Mali, as Islamist and Tuareg separatist groups overran the north of the country in the wake of a military coup in the capital Bamako.

Sahraoui said his group demanded 15 million euros for the diplomats, who included the Algerian consul in Gao, and the release of prisoners held by Algeria, threatening an attack otherwise.

MUJAO warned on Sunday that the Algerians' lives were in danger, saying negotiations with Algiers had broken down.

"The Algerian delegation... completely refused our demands, and this decision will put the lives of the hostages in danger," Sahraoui said in a short message sent to AFP at the time.

MUJAO's comments were a setback a week after a spokesman told AFP that, together with Islamist group Ansar Dine, "we have agreed to the release of seven people arrested on Algerian soil in Gao".

The same day, Algeria's foreign minister had said the seven diplomats were in good health, that Algerian authorities were in contact with the kidnappers, and that "we expect this will soon bear fruit".

MUJAO is said to have broken off from Al-Qaida in the Islamic Maghreb (AQIM) in order to spread jihad to west Africa rather than confine themselves just to the Maghreb or Sahel regions.

It is led by Malians and Mauritanians, according to experts.

The group claimed responsibility for a suicide attack on a police base in southern Algeria on March 3 which left 23 people wounded according to the paramilitary gendarmerie.

But Sahraoui said Wednesday that "negotiations only concern the Italian and Spanish women hostages".

He made no mention of the Spanish man, but said his group was also demanding that Madrid act to obtain the release of two Sahrawis arrested by Mauritania.