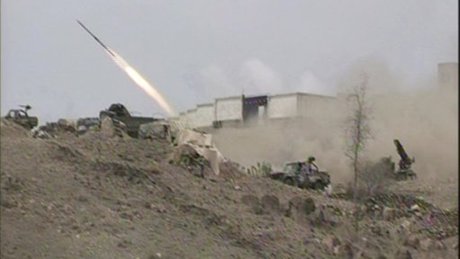 Yemeni soldiers killed eight al-Qaida militants as they tried to attack an army post in the southern province of Abyan on Thursday, the defence ministry said.

"Eight al-Qaida militants were killed and others wounded" when army forces "foiled their attack" against a military post near Bajdar on the outskirts of the provincial capital Zinjibar, the ministry's website 26sep.net said.

On Monday, fierce clashes killed at least 21 people, including 18 al-Qaida militants, near Abyan's town of Loder, which jihadists are trying to capture.

The army has been battling al-Qaida militants, who have renamed themselves as the "Partisans of Sharia" (Islamic law), for control of Zinjibar for nearly a year.

The jihadists have expanded their control over Yemen's lawless southern and eastern provinces, taking advantage of a weakened central government in Sanaa and months of political upheaval.

The extremists intensified their attacks on the security forces after President Abdrabuh Mansour Hadi took office in February pledging to hunt down the militants.