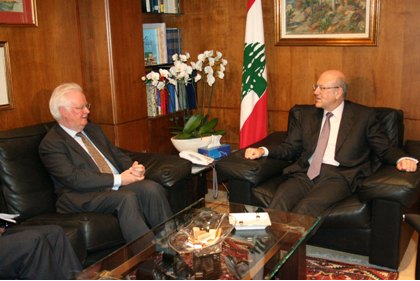 “National dialogue could be an important forum for discussing many issues including the national defense strategy,” Williams said after meeting Premier-designate Najib Miqati.

Williams reiterated the importance of forming the government in the near future to confront the “many challenges that Lebanon faces.”

The two officials also discussed the latest developments in the south.

Williams stressed on the importance of the tripartite meeting that took place in Naqoura three days ago.

He added: “I will be going to New York in two weeks time to brief the Security Council on (resolution) 1701 and the situation in Lebanon.”