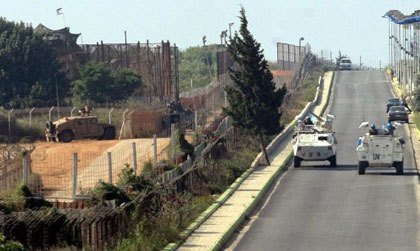 The Lebanese army complained to the United Nations Interim Force in Lebanon on Wednesday over Israel’s removal of the barbed wire at the Fatima Gate in the South.

It issued a strong complaint to UNIFIL over the incident, which has left the border between Lebanon and Israel completely open and exposed to violations from either side, reported National News Agency.

NNA noted that this is the second time that the international force had ignored Israel’s deliberate failure to place barriers after removing the barbed wire.

Israel had removed the barbed wire in order to continue its construction of the border wall on the Israeli side of the border adjacent to Kfar Killa in Lebanon, explained NNA.

The army has succeeded in once again thwarting the Israeli army from taking over Lebanese territory at the Fatima Gate, it added.

After the complaint, the Israeli army ceased its activity and UNIFIL troops began placing barriers at the exposed territory.

The Israeli unit then continued its construction after UNIFIL completed its work.

The Israeli activity came under the close monitoring of the Lebanese army and UNFIL.

Last week, the Israeli military began building a wall that will run several kilometers along part of its border with Lebanon, a military spokeswoman told Agence France Presse.

"This construction, which began on Monday, is being carried out in coordination with UNIFIL and the Lebanese army. The wall is intended to avoid frictions on the border," she said.

On May 3, Israeli troops violated the Blue Line as they were constructing the wall.