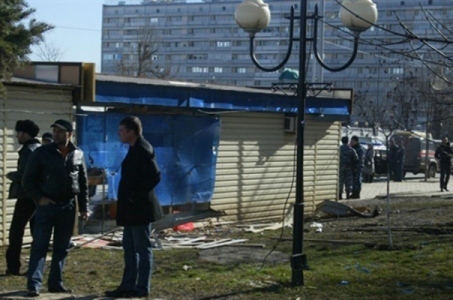 Two Russian soldiers died in a shootout with militants in the Caucasus region of Dagestan where violence shows no sign of easing, police said Friday.

The shootout, which also left four servicemen and three policemen wounded, took place just outside the village of Tsetkovka in the Caspian Sea region on Thursday, regional police said.

Citing preliminary information, a spokesman for Dagestani interior ministry told Agence France Presse that one of the militants had been killed in the shootout. He declined to elaborate.

Dagestan experiences almost daily shootings and bombings that officials blame on local criminals and Islamists with links to Chechnya, where the Kremlin fought two wars over the past 20 years.

Fuelled by endemic poverty and corruption, the militants are seeking to establish an independent Islamic state across the northern Caucasus.