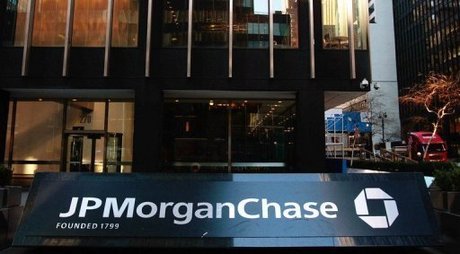 In a unscheduled conference call, Dimon also said the bank could face another $1 billion in losses through the end of June due to market volatility.

"It could easily get worse this quarter," he told analysts and journalists.

The shock loss came over the past six weeks in the New York bank's risk management unit, the Chief Investment Office, and involved trading in credit default swaps, a so-called "synthetic hedge."

The CIO trades bank assets with the aim of hedging against other risks the bank takes on its assets and investments.

"These were egregious mistakes," Dimon said. "They were self-inflicted and this is not how we want to run a business."

JPMorgan shares fell 6.7 percent to $38.00 in after-hours trade, pulling down the shares of other banks with it.

The losses are a humiliation for Dimon -- one of Wall Street's best known titans -- and for the bank, after it proudly came through the 2008 financial crisis in far better shape than its rivals.

Then, the collapse of the market in mortgage derivatives punched a giant hole in banks' balance sheets and plunged the world's largest economy into the worst recession in a generation, costing millions of jobs.

As recently as last month, JPMorgan executives told investors they were "very comfortable" with positions held by the bank, raising questions about how much was known by senior management and when.

But Dimon downplayed the reports by the Wall Street Journal last month that a powerful London-based JPMorgan trader, French-born Bruno Michel Iksil, nicknamed "The London Whale," was behind huge losses in the company's derivatives trading.

The losses he reported Thursday only had "a little bit to do with the article in the press," he said, branding much of the reports "speculation."

He did not say if any heads would roll in the debacle, but said "all appropriate corrective actions" will be taken "as necessary."

The losses came as a part of normal operations that were not well-conceived or supervised, according to Dimon.

In the bank's 10-Q quarterly report to the Securities and Exchange Commission, published just before the call, the bank admitted to "significant mark-to-market losses in its synthetic credit portfolio" since March 31.

"This portfolio has proven to be riskier, more volatile and less effective as an economic hedge than the firm previously believed," it said.

The revelation came as Dimon has been leading a charge against new rules aimed at preventing banks from incurring massive losses in their own trading operations.

Dimon has labeled the "Volcker Rule," which will ban banks from many kinds of often lucrative proprietary trading, as unnecessary and said it will actually hamper banks.

In the call Thursday, he lamented that the losses would feed into criticism of the bank and his position on the proposed regulations.

But he said the CIO trading was not what would be covered by the rule.

"This trading does not violate the Volcker rule, but it violates the Dimon principle," he said.