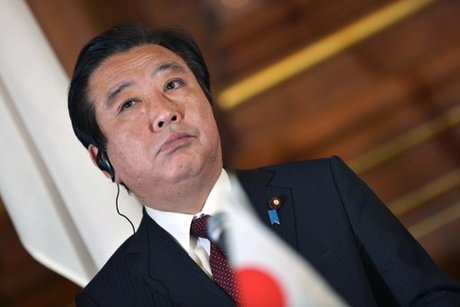 The European debt crisis is the biggest risk for the Japanese economy, Prime Minister Yoshihiko Noda said in a weekend interview with Dow Jones Newswires, citing it as a factor behind the yen's strength.

"It is risky to just stand on the sidelines and watch. This is not just about Europe, there is a possibility that it may spread to the global economy," Noda said on Saturday.

"Of course this is the biggest downside risk factor for the Japanese economy."

Noda, who will attend a Group of Eight summit this month, said he hoped to discuss with the leaders ways to contain the crisis, noting Japan had made its contribution through a $60 billion pledge to the International Monetary Fund to boost a global firewall.

While Europe must first take measures on its own to prevent contagion, Noda said other nations cannot afford to sit idle.

The prime minister said Japanese authorities were keeping a close eye on the yen's recent rise.

The dollar has fallen back below 80 yen recently due to renewed concerns over the European debt crisis, even though a credit easing by the Band of Japan in February lifted the dollar above 84 yen.

"We need to closely monitor the market to see whether the recent moves deviate from the real state of the economy or are driven by speculative moves," Noda said.

To stem the yen's rise, Noda did not rule out Tokyo taking unilateral action in the future.

"There were times when we received cooperation," he said, referring to the joint yen-selling intervention by the Group of Seven nations in March last year after Japan was hit by a magnitude 9.0 earthquake and tsunami.

"But there were times when we acted alone. There can be various approaches."

Noda also turned to the Bank of Japan to help battle the persistent strength of the yen.

"We share with the BoJ the view that the strong yen and deflation are challenges for the economy that must be overcome," Noda said.

"I hope the BoJ will take bold steps in a timely and appropriate manner with such thinking in mind."